Sick of it all!

I just want to shut down like the government.  Why not?   At least it wouldn't affect anyone.   I am tired.  I am so very tired of living with someone and yet being alone.  Hunter 's plans, attention and concerns are about primarily himself and others including srrangers.  My therapist says he's a classic narcisist.  He is emotionally distant.  And I keep forgetting that. My bad.  Every once in awhile I tell him something that you would tell a normal spouse and it ends up biting me in the ass.  And every time he either says negative about it, me or my kids.  Or....it will definitely be brought up and used against me at some point.   He's back to the"just a yes or no answer."  He won't even enter into a conversation with me.  And there's all the things he tells me to do.  It makes my head spin.   And he'll say, "Whatever you want.  I will tell him and then he will talk it around so that it is his way.  He hates when Iask if I can help him.  He says, "If I want your help I'll ask for it."
I am who I am.  I haven't really changed except for giving up on life.  Giving up thinking anything will ever get fixed around here.  I have given up in the idea that I will ever be considered a true partner.  He won't let me help him.  He always compares me to every woman he's ever met.  Blah.  Blah.  Blah. 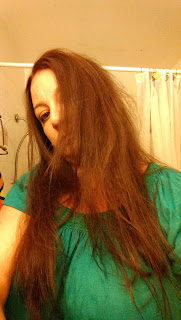 My beautiful messed up daughter.
Posted by middle child at 12:09 AM

I'm really sorry things are crap for you. I wish I had something super positive to put here that would help. You are a smart cookie though and whatever will help you, you'll find quicker than most. Has he always been like this???

Perhaps to some degree. Now this morning he was gone when I got up-he had to go to the hospital for his protime-he is on blood thinners. I found myself covered up with another blanket as I woke in the middle of the night freezing.
He also filled my thermos knowing I would be driving out to my daughter's tonight to stay with her for 2 nights. Her surgery went well.
He also emptied the dishwasher for me.
There is goodness in there hence my confusion.

So sorry you are having such relationship trouble. It seems that so much comes down to communication but it only works if both parties are willing to participate. I hope you can figure out a way to make things better. Being unhappy like that really just sucks the life out of you and it's not way to live.

Your daughter is very beautiful Middle Child, quite honestly I'm sick of hearing about Hunter being such a dick, sometimes he really annoys, me he has to wise up and soon, sorry it's been causing you to feel so down recently Middle Child.

Feeling really sad for you! Hope you can help your daughter.

NEVER give someone the satisfaction of destroying you or your spirit!
Death is forever. Life is a much, much shorter time.
Each of us have or had our own personal Hell on earth ( no two alike), but there is Hope as long as you have a breath left in you.
(((hugs)))

I left with a broken heart and soul.

And I AM HAPPY now! I finally learned that if someone loves you, they never, ever, hurt you in any way, shape, or form.

And I STILL get my thermos filled for me!

If you'd like..... I'm regularly on FB. Alyce Patricia Beatty