How fair is it to ignore one breast?

No one can drive you crazy if you don't get in the car! 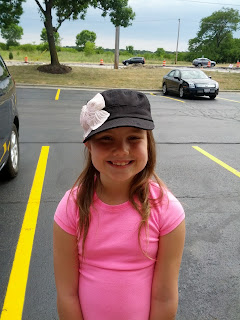 Mammogram was fun fine.  I have to go back in 6 months to have my yearly mammogram, so they can do the other breast.  Um.....what?  Couldn't they have just given the left one a cursory smoosh?  "I enjoy being a girl."

I am actually going to watch the debate tonight.  Everyone is saying that you should vote for the bad candidate because the other is even worse!  I am-sadly-not political.  My mom would be ashamed of me as she was very involved   I just don't see the point.  Now if  Ross Perraeult  (I know I missed spelled the hell out of his last name)  were to run again....he could fix the financial mess we are in.  And add Ollie North because he was a hero and people liked him and throw in Sarah Palin just cuz I like that she is kick-ass.........I would vote for them!!!!!!   Yes.  They could be a three -in-one president!  And which ever one Sarah decides to sleep with is her business.  No vice-president needed because, well....what the hell do they do anyway except shoot people and we would have Sarah to do that.  There will not be an argument over the one working TV tonight because I have already laid claim to it.  Once I gain control I will hide the remote so he can't ADHD his way through all the channels.  (Debate is over.  Go Romney!!!!!)  I got to the TV about 10 minutes after the debate started and told him what channel to change to.  It took him a few seconds but he did it.  He was pouty so I told him he could have his TV back in about 2 hours.  He says....."I'll just go watch what I want in the other room."  Yeah, sure.  On the TV that doesn't work?  After a bit he came back in the kitchen and yelled at me about not knowing how to treat/raise the dog and that he'd do it himself.  Put her in her cage, grabbed a flashlight and returned to the other room. I laughed as he left the room letting him know I thought he was an idiot. I heard him crashing around in the other room trying to get the TV to work.  Ha.

The kids?  The ones in Vegas are doing well and deal with things that come up in an adult manner so there's no stress or worry for me there.  Dawn and her family?  Well they will have to figure it our.  Jer is coming home this weekend and if the shit hits the fan I will not be going over there to clean everything up!  Would it be bad not to answer her calls?  Opps.  I forgot.  She doesn't call.  She texts.

Will be seeing my GP next week where I will make him check  my thyroid level.  I am thinking that I don't need the amount of medicine he has me on.  If that doesn't wake me up then I will just sleep when I am tired and rock and roll when I'm not!

Tell me if you've heard this one before.  A man entering a doctor's office with his wife says to her, "Be sure to make an appt. with social security and also I want those receipts for the discover card."  She ignores him as he is an ass and they proceed into the office where he discusses wild game and such with the nurses and doctor.  As they get back into the car, he asks if she knows where the Social Security office is.  She remembers where used to be the last time she was involved with them when her 2nd husband died.  He says, "It's right over there."  She tells him to drive by so she go run in.  He said they needed to call for an appt, but she figured that since they were there.....Turns out that they got in after about 15 minutes.  They stood at the window and he asked his questions.  About how much the wife would get if he pre-deceased her.  A few other stupid conversations later (having heard what the wife already knew) he finally got to the main reason he wanted to go there in the first place.  He asked what the wife would need to do to qualify for disability.  Yup!  It's always about money.  He figured since his wife quit working- at his instance and much to her delight- there might be enough things wrong with her that she could get that extra money.  She has so many things wrong with her.  Type 2 Diabetes and high blood pressure and depression,  The wife was laughing her ass off inside.  The answer was obvious.  The man and wife went home and they never spoke of it again.   And as for the receipts?  They mysteriously disappeared!
Posted by middle child at 8:01 PM

I've been dragged into the "one breast at a time" thing too. More xrays, an ultrasound, and come back in six months. Well, I'm now down to two months...my how time flies.

Oh, dear. Well, hope you stay as well as you can.

When I originally glanced at the title, i thought it had to do with one beast. I didn't read, I just glanced. And I thought, Hunter? Easy to ignore.

Bears can be really weird, sometimes.

You need to find an equal opportunity mammogram, hopefully after the election we can get the no breast left behind thingie going.

I hope the other breast isn't sagging with depression this morning, being ignored and all!

OK, since ANYthing crooked drives me nuts,I put a thin strip of 2 way tape on the backs of all the pic. frames and it holds them in place. Works really well.

I use photoscape.org for all my photo editing. It's sooo much fun over there and all kinds of things to do. and...it's free.

Now, let me go back and see what else you asked....

I adopted that approach to sleep a few years ago! I sleep when I'm tired. Sometimes I'll just randomly stand up and go to bed. And I nap at every opportunity.