It's gonna rain on my game! 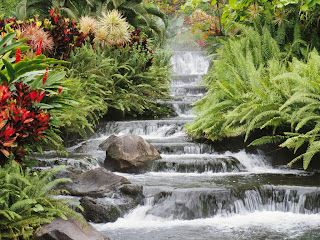 Overcast but at least it isn't in the 90's like it has been the past 5 days. I got up early and got alot done so may take the rest of the day "off". Meadow has a ball game tonite but I don't think we will go all the way out there due to a 50% chance of thunderstorms. Will see them Thurs. when I go there for my daughter's surgery. That party on Saturday was fun until the dad became an asshole. The more he drank, the worse he got. Not loud and belligerent,...just nasty. His sister brought out her laptop to show me some pics of what we'd been talking about and when he (the asshole dad) saw this, he lit into her telling her it was Jessica's party, no computers. WTF! I thought he was joking. He was dead serious and mean. This is his sister!!! She has 4 kids, lost 4 other babies, her daughter has eye problems and she herself has cerebral palsy and oh,...did I mention she is in the middle of a divorce? I just met the man/dad and already I want to egg his house. At least Jessica enjoyed her party. She is an incredible girl.

Sunday we didn't do much. Good dinner and I had to water my flowers cuz we've had no rain for quite awhile now. Good thing about that is,...no mowing! My man over-fertilized anyway and much of it is brown. At first I thought Belle must have had some toxic pee. Bad mommy to have blamed out little black dog-daughter. If we do go to the game, I will let you know just how wet I get. They do play in the rain but thunder and lightening, not so much. Peace.

Dammit! I keep saying I will go to the games no matter what and we stayed home cuz it was totally gonna rain. But,....the sun is out! I am mad at myself. We took a "nap" and still woke up in time for us to throw on some clothes and go. Nope. No more. I am going wherever, whenever and if the weather wants to take me on,....I say "BRING IT!"
Posted by middle child at 2:04 PM

Sorry...don't know where to get mineral oil....

Sometimes it really is the appropriate word.

Just stopped by to say hi..."Hi"
Hang in there...doesn't sound like things can get any worse.

That is just awful. What a horrible man.

I'm laughing at your, at least it wasn't in the 90's, comment. 98 degrees today here in florida, my friend. And shall we talk about the tropical jungle humidity? My dogs run outside to pee and run right back in.

We've had some clouds and surrounding rain, but so far, it has missed us. But it does help the AC not work as hard.

Go out in the rain, but watch out for lightning! Live dangerously!