I am tired and it's noon.  Need to get ready to go to my orthopedic surgeon.   I don't really have a problem other than lack of balls. Forget that.  Turns out I DO have a torn meniscus (ligament in kne?).  Yes, believe it or not. ...Hunter was right.  No worries.  It isn't bad enough to warrant any treatment at this time.
Baked a ham and some squash last night for dfnner.  Yum..  so Hunter asks what i'm making for dinnertonight.   Ii know he never eats leftovers the day after but I said I was going to make ham salad sandwiches and soup. I was really prepared for him to say he didn't want ham again tonight.   But he said that was fine then promptly made himself a ham sandwich for lunch.  hawhat?  So I immediately said I could make  tuna and soup.  He said..."whatever. ).  I decided not to do the ham...thinking of him but on second thought I decided go ahead and make the ham salad. 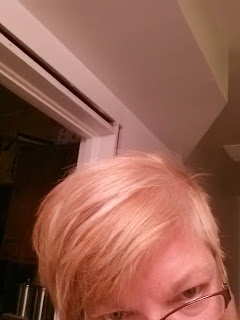 FINE!  WWWasn't even close to finishing this post and it published itself.   I will fix and continue the his very same post. Bear with me.
Posted by middle child at 1:06 PM

As for Bearing with you, that's what I do best!

I could eat ham 24/7 for every meal and then die of a heart attack....but I do love me some ham.
Glad you don't need treatment for now. It might heal without any.
Take care, dear heart...and I appreciate you coming by my new blog.
xoxo

Well after your comments about blue cheese on my blog, I'm saying nothing!
Except hope your knee gets better soon and keep mixing things up and keep Hunter guessing. Why should he have the easy life !!
Onwards and upwards :-)

Hello there! It has been ages and ages since I was on here. So, I was thinking I would check in on things..try to get it going again. Since next week I am having surgery on my TORN MENISCUS!!! How weird is that??? I haven't looked at anything on here...I check you out because I know that will be fun. And you have the same thing wrong with you!! Twilight zone time!! I am going to try and keep in touch. Hope you are well..lol. WEIRD!!
Jenny

Sorry to hear things are rough Middle Child, praying and hoping you have a swift recovery.